SunDo originates from ancient Korean people in Northeast Asia, where it was practiced for centuries as Mountain Taoism. With the arrival of foreign influences and philosophies, some practitioners retreated to the mountains to preserve and protect this art from extinction. Since then, SunDo has been passed down from teacher to student for thousands of years. Only in the last 60  years, has this practice been re-introduced into mainstream culture. 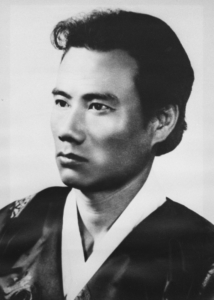 Taoist hermit Be-Kyung, whose original name was Chung-San (Blue Mountain), was a young boy wandering in the mountains of Korea when he met a strange man. This man said, “If I teach you to break stones, will you follow me?” The young boy was more curious than serious and he answered, “Yes.” The man, Chung-Woon (Clear Clouds), proceeded to break stones with his fingers, so the boy (Chung-San) decided to follow this mountain hermit and learn his teachings.

Chung-San lived an ascetic life for about 20 years, taught by Chung Woon and his teacher, Moo Woon (No Clouds). Toward the end of this period, Chung-Woon announced to Chung-San that it was time he returned to society to pass on the wisdom of the ancient SunDo teachings. At that time, Chung-Woon gave him another name, Be-Kyung (Secret Boundary).

Be-Kyung prepared to re-enter normal life by adjusting his diet, obtaining clothing and remembering the ways of the people who don’t live in nature. In 1970, under Be-Kyung’s supervision, the first SunDo main school (the Kouk SunDo Center) opened in Seoul, Korea. After 15 years of service to his fellow human beings, Be-Kyung, in 1984, quietly returned to the hermit life in the mountains. 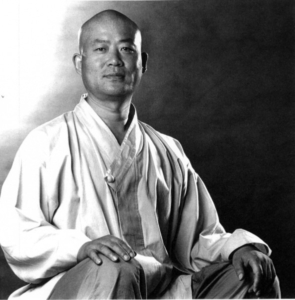 Master Hyunmoon Kim is one of twelve masters sanctioned by Taoist Hermit Bekyung, and he is internationally known Taoist Master. Teaching the potential for human development and consciousness, Master Kim has been teaching since 1980 in North America, South East Asia, and Europe. He makes authentic SunDo practice readily accessible to people which helps to improve the quality of their lives.

(For more information on Chung-San, visit the Kouk Sun-Do Federation website, which includes an interview with Chung-San conducted by Professort Kim Gun of Kunkuk University in 1974. We are grateful to Andre of the Federation and to Associate Master Ron Catabia for translating this interview into English.)

“The ancient Masters were profound and subtle.
Their wisdom was unfathomable.
There is no way to describe it;
all we can describe is their appearance.

They were careful
as someone crossing an iced-over stream.
Alert as a warrior in enemy territory.
Courteous as a guest.
Fluid as melting ice.
Shapable as a block of wood.
Receptive as a valley.
Clear as a glass of water.”

“The main idea of Taoism is non-force; to let things happen naturally. In Taoist practice, we learn the principle of letting things go their natural way so that we can understand and awaken to the truth of the natural world.