SunDo is an ancient healing system sometimes referred to as Taoist alchemy or metaphysics. Taoists believe that, on a grand scale, the powerful energy of nature and the cosmos are mirrored in the smaller-scale functions of the human body. In order to harness this power and increase vital energy, individuals practice lower abdomenal breathing. The breath is synonymous with the concept of spirit in many different cultures. In SunDo, breath becomes a connection between a person’s ego (personality) and his or her deeper or true self.
SunDo-Taoist alchemy works with three energy centers: the ha-tancheon (navel chakra), the jung-tancheon (heart chakra), and the sang-tancheon (third-eye chakra). Balancing these centers makes individual transformation possible.

When these three qualities are sufficiently developed and transformed, a practitioner achieves wholeness of body, mind and spirit. This transformation initiates a powerful expansion of consciousness and self-realization.

After attending a retreat workshop on The Psychology of Meditation, a SunDo member from California writes:

There were other bridges to what Master Kim considers a Modern Society version of the ancient oral traditions of Mountain Taoism … For instance, Jung’s individuation process, which is becoming self-realized, or knowing who you are. To Jung, individuation is an internal developmental process of “wholeness” and health in the human psyche. In other words, a process of Alchemy. 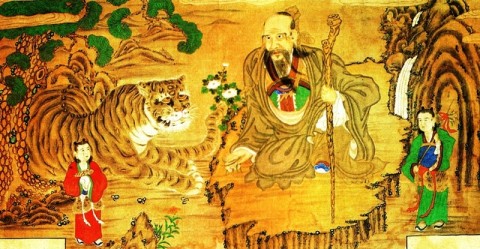