SunDo Instructional Program Now Available to the Public for the First Time!

Until now, the moving postures of SunDo Qi Exercises could only be learned by practicing members of SunDo International. In this new video, Taoist Grandmaster Hyunmoon Kim performs these healing Qi flow sequences that follow the cosmological cycle of the five elements. As qi gong or yin yoga practitioners may know, the five elements are governed by water, fire, wood, metal and earth. These elements are responsible for Qi energy flow throughout the body and to specific organ pairs.

SunDo Qi Exercises are normally taught only to students of Master Kim or SunDo instructors. However, the public can now enjoy the fantastic wellness benefits of this time-honored practice.

SunDo International is offering this video and complimentary e-booklet available as a self-paced instructional program for the first time ever. As a Taoist way to unite the body, mind and spirit, SunDo provides one of the most effective methods to balance energy and heal disease. Mastering the Five Element Qi Flow sequences is a most vital part of the SunDo practice.

Once you get your materials, there are many ways to apply the Qi Flow exercise routine. You can do them after exercise for stretching and flexibility, as a way to practice moving meditation and for preventative measures to ensure the health of the five organ pairs: kidney-bladder, heart-small intestine, liver-gall bladder, lung-large intestine and spleen-stomach.  The general consensus? The SunDo Five Element Qi Exercises give us a reason to be very healthy and happy.

Whether in need of a health-enhancing practice for yourself or a new healing art to add to your teaching repertoire, the SunDo Five Element Qi Flow video can be ordered online starting at $125 for the general public. In addition, customers receive an e-booklet practice manual with posture illustrations and information on the SunDo Taoist healing system. Together, the instructional video and e-booklet explanation make it easy to teach SunDo Qi Flow sequences.

Once you have made your payment for the instructional program, an email will be sent with links to download both the e-booklet and video. A valid email address is required.

You will be re-directed to PayPal,
the safer, easier way to pay.

After purchasing the program, you will be automatically registered as an online SunDo student. To receive certification as a Five Element Qi Exercise Instructor, within one year of purchase you may register for a SunDo International 3-day retreat. View retreat calendar to learn more or register! 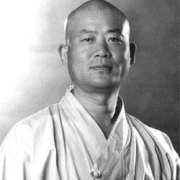 In this video, Taoist Master Hyunmoon Kim demonstrates Qi flow exercises to stretch the meridians and tonify the internal organs. Based on the five element’s cosmological sequence of water, fire, wood, metal and earth, these moving postures create harmony among the five organ pairs and balance yin and yang energies within the body.

Grandmaster Kim is the Executive Director of SunDo International Association and the Sundology Graduate Studies Program. Within the last few decades, Master Kim has successfully made SunDo practice and theory accessible to people in the West. Blending traditional Eastern training with academic studies, Master Kim has generated a large following in several countries across three major continents. He holds a Ph.D. in the Philosophy of the Human Sciences and leads retreats, workshops, and lectures throughout the world. 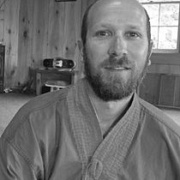 Co-author of the the e-booklet, Joel Dunning is an experienced practitioner in the Eastern approach to health. Following a Pre-Medicine Degree at Saint John’s Univ. (MN) he pursued two years study in China and a four-year Master’s Degree of Acupuncture at Yo San University in Los Angeles. Joel is nationally NCCAOM & state licensed both in Acupuncture and Chinese Herbalism and currently maintains a practice in Omaha.

Additionally, Dunning is a long-time practitioner of a variety of Qi Gong, Tai Chi, and martial arts disciplines, holding a black belt in Karate. While living in Los Angeles, he also studied Taoist Yoga under Master Paulie Zink.

This expansive background in search of the most powerful and fundamental practices in wellness led him to SunDo, which he has taught his own studio since 2008.